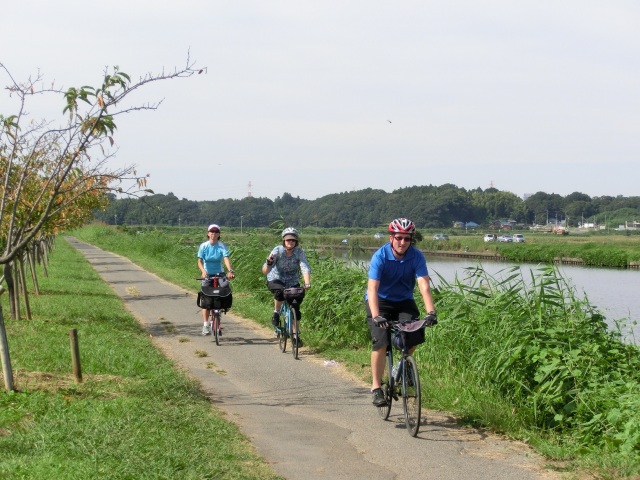 This is Kazu writing. Peter and Kathy, our friends who are repeat guests of our bike tour had wanted to try something new. So we had suggested them to join our trial tour to Hanamigawa, Chiba Prefecture to test our plan by RINKO, train and bike. They had got interested in this idea, so that we decided to do the bike tour on September 19, 2014. 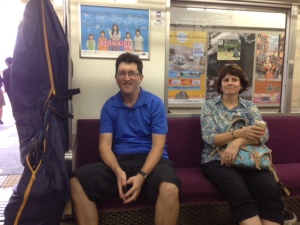 (Rinko literally means “putting bike into a bag”. Black bag next to Peter is the Rinko bag and a bike is inside.) 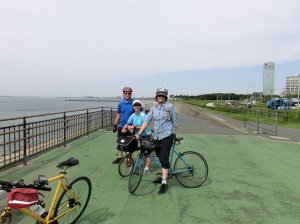 There are cycling roads in good condition and adequate distance along three rivers; Tamagawa, Arakawa and Edogawa in Tokyo and its neighborhood. Compared with these three cycling roads, Hanamigawa Cycling Road is not so famous but much better, I think. It has more varieties in scenery. It starts from sea shore in Tokyo Bay. As we go on along the river, it leads to a valley rich with woods and then open field of Inba-numa, swamps. 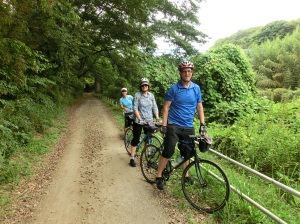 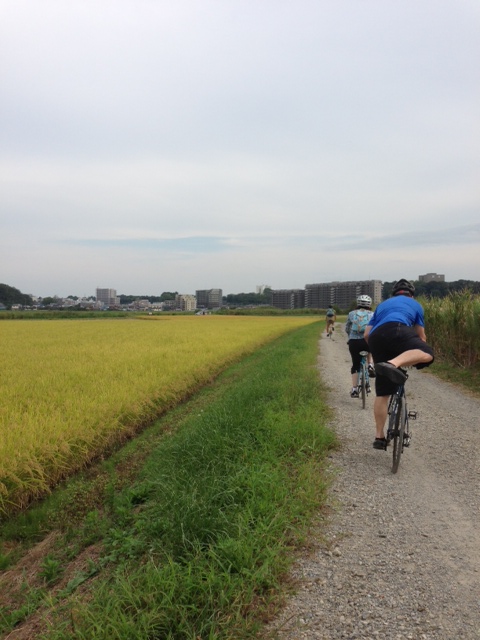 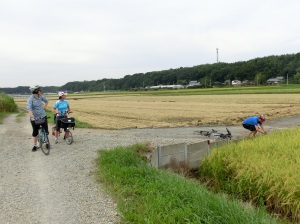 (Rice paddy is so beautiful and rice stalks are ready to be cultivated.)

The weather was just nice, neither hot nor cold on that day. Four of us, Peter, Kathy, Yuki and I enjoyed cycling, viewing Autumn flowers such as cosmoses, red spider lily and ripe rice just before harvesting. 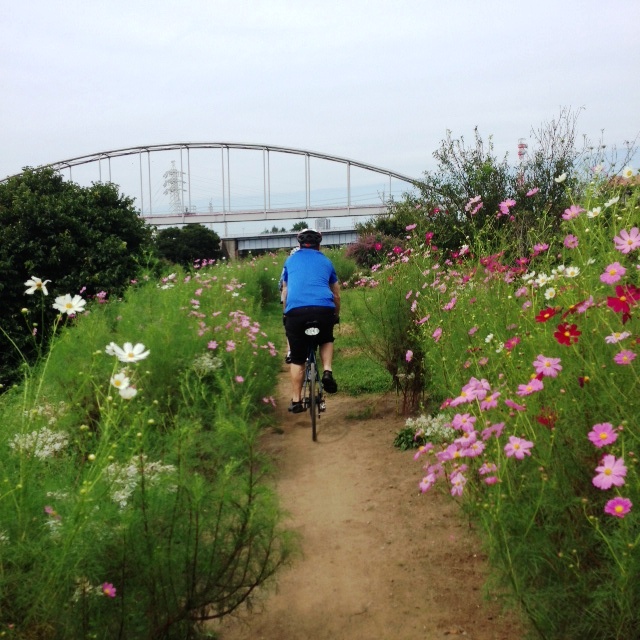 As it was a trial, we made a few U-turns. Sorry, Peter and Kathy for the inconvenience. The distance we ended up was about 41 km and it took about 6 hours including breaks, sightseeing and lunch. It was a fun to explore countryside of one-hour train ride from Tokyo. 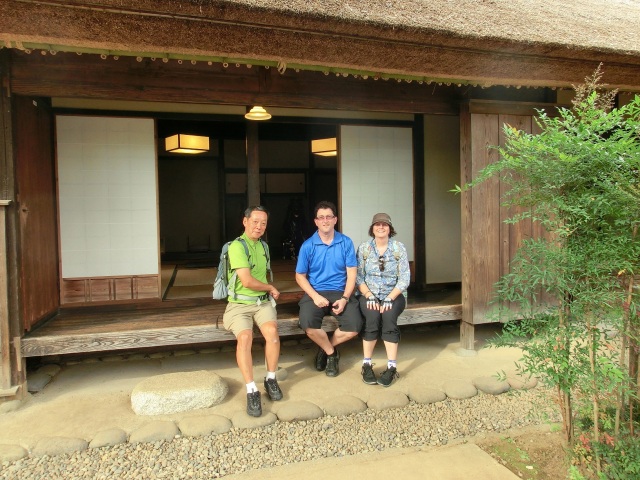 (A short break at the old Samurai’s house. Me, Peter and Kathy)